The following video is a good demonstration of an easy way to protect our children at school, a recommendation that can be equally applied at home.

There is a denial by many that Electromagnetic and Wireless radiation can cause any health problem! As adults, we can have strong opinions about anything without hopefully creating any serious problem for ourselves and others. As an adult, it is your freedom to make the choices you want. If eventually you are proven wrong, you cannot blame it on others, deep down you know you created your own suffering. But as parents, we have another responsibility, to make sure, even if only based on the precautionary principle, that our children are not exposed to something that may affect their health now or later.

We all know how the tobacco industry denied for years that cigarette smoke could cause any problem. After years of denial by many, denial orchestrated by the industry, science proved a direct link between smoke and lung cancer, but too late for the millions of people affected. It was even found out later that second hand smoke was as bad for the people around smokers, about which in fact I was myself in denial for sometime: “No, it cannot be! Second hand smoke is not affecting me!” So my point here is that as adults, we can choose to kill ourselves slowly by abusing our body! But it is wrong to impose our views or living choices to our children! And use them as guinea pigs in new technologies not yet fully tested. We have to make sure that they are not exposed to something that may hurt them now or later.

The Precautionary Principle was created in 1998 at a landmark meeting of scientists, government officials, lawyers, labor activists and grass-roots environmental leaders at the Wingspread conference center inRacine,Wisconsin. Unlike most proposed solutions to our current environmental challenges, it was developed not in response to any specific issue but as a universal answer to the general mindset that many feel is largely responsible for environmental problems in the first place. Here’s what it says in part:

“When an activity raises threats of harm to human health or the environment, precautionary measures should be taken even if some cause and effect relationships are not fully established scientifically…”

You say: “No, not possible, electro pollution is not affecting me, or children, or anyone! There is no solid science behind that!” We may totally reject and laugh at the concerns of more and more people about the possible problems caused by this wonderful wireless world that we are enjoying so much, like the smokers enjoying their cigarettes! It is your choice to be a guinea pig!

But it is immoral to impose that choice on our children!

It is our highest responsibility and duty to protect our children vulnerability and higher sensitivity to everything. It’s about their health and future, and in a way the future of a country!

Take time to look at the video. Follow the precautionary principle to protect your children and work with other parents to convince your school(s) to apply the simple recommendation proposed in that video.

Wi-Fi in Schools: Testing for Microwave Radiation Dangers in the Classroom 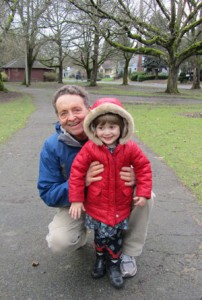 My granddaughter! My inspiration!